Warning: call_user_func_array() expects parameter 1 to be a valid callback, class 'collapsArch' does not have a method 'enqueue_scripts' in /home/customer/www/firststatebrewers.com/public_html/wp-includes/class-wp-hook.php on line 308
 July 2005 - First State Brewers
Skip to content 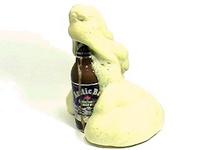 I received this email from Harald Ackermann today.

look what I found in the internet. (Speidel’s Master Brewer) This looks pretty cool. They may have an 80L soon. That would be cool for a “Brewclub Brewery”

Here’s an email I received from Doug Griffith of Delmarva Brewing Craft in Millsboro.

I am Doug Griffith and with my wife Patti, we operate Delmarva Brewing Craft in Millsboro.

I am sorry to hear that HDYB is closing in September. I know I get some of my customers because they like to have someone to talk with in person about their latest brew or need some advise about their next and talking with someone over the phone just isn’t the same. I am sure your local homebrew shop will be missed by many in your club.

If there is any way I may help you with supplies for you and the First State Brewers club just let me know. I have a brochure of most of my supplies for both beer and wine making that I would be glad to mail some copies for you and the club.
My primary day of business is Saturdays from 9 to 5 but other hours are available by appointment. I have a toll free number for ordering which is 877-556-9433. I do mailorder and have found that most deliveries within the state are received in two days, many the next day after shipping. Although most of my customers are below Dover, I believe all packages go to Wilmington before being forwarded to their final destination, so the same delivery times would apply.

Again, if there is anyway I can help you with supplies, do no hesitate to call or email.

first let me say I regretted much that we had no chance to have a little more intense conversation than just hello and goodbye (more or less). I was so curious to get to know all of you, since Harald had told so much about his homebrewing friends. But time was much to short and we had to laugh a lot that evening, so there was no chance to find out half as much as I wanted to . . . Maybe we get a better chance next time.

Could you please do me two little favours? First I would like to ask you to forward my thanks to everybody for this wonderful evening at iron hill, I rarely had so much fun after a strenous flight. Special greetings to Dave, Jerry, Scott and his family!

And second: I found your homepage (First State Homebrewers) and spent a lot of time with fossicking here and there and everywhere. Then I wanted to show to my lab-colleague, to whom we met that evening, but browsing all galleries, I could `nt find a picture of you . . .

Best regards from sunny Marburg (with almost same temperature, but fortunately just half humidity in the air)